For Tuscany, with its 397 km of continental coasts and over 16,000 berths, ports are without doubt a resource to be protected and supported. Boating is heading towards a slow recovery and this is the time to give the industry the right regulatory clarity, so that this recovery can become a strong point in the territories. Regional regulatory intervention is therefore urgent.

The New Nautical Code, approved by the Council of Ministers on 27 October last year, came into force a few days ago; a law on which many have already give their sometimes conflicting opinions. It should be seen at region level as an opportunity to review the legislation and decide on an implementing regulation able to give a practical incentive to the development and modernisation of port infrastructures along the coast of our Region.

This is the case in relation to the legislation that currently regulates the so-called “transit posts”. To date, it prescribes that each tourism port (the most important of which are also called marinas) must reserve 10% of total moorings for transiting boats, which is equivalent to reserving mooring suitable for hosting all types of vessels that the infrastructure can accommodate depending on their moorings (length and beam, i.e. maximum width, are the reference parametres).

This means that a marina like Cala de’ Medici must reserve 65 berths for boats in transit out of a total of 650 berths, ensuring mooring for boats ranging from 8 to 36 metres long. This, let’s call it a “constraint”, has become increasingly penalizing for ports in the last twenty years, also because it has meant losing money. Let me explain: the majority of the port infrastructures along the Tuscan coast, as in the rest of Italy, were built by private individuals, who agreed rent for granting the use of land and sea water for a given period of time with the state, normally calculated based on the investment plan submitted by private concessionaires. In doing so, the investment costs should have been written off. The poor performance of the boating market that hit the industry from 2007 onwards, the widespread crisis that has not spared the industry and the progressive and relentless increase in management and maintenance costs, has meant that many of the concessionaire companies have sunk into financial difficulty, eliminating additional potential investors.

It is in this context that the legislation concerning moorings used for transit has a level of importance that cannot be underestimated: ports immobilizing a certain quantity of berths means having to do without possible revenue that could have been obtained from a sale or rental, revenue that if we assume an average berth value of € 150,000, for 65 berths is equivalent to keeping something like almost 10 million Euros tied up. Furthermore, the legislation was conceived to ensure safe landing places scattered all along the coast of the Peninsula, a coast that, however, at the time, had a much smaller number of ports and marinas, which is why the percentage was established. However, in the current state of affairs, it is evident that numerous new structures have emerged on the Tuscan coast that completely change the state of necessity (consider that on the approximately 43 km of coast between Rosignano and San Vincenzo, there are 3 ports, with a total of over 1,500 berths).

Another aspect to be taken into consideration is the fact that the moorings used for transit, as regulated, are no longer able to respond to the changed requirements of shipbuilding. Indeed, compared to a country, Italy, whose large yacht industry boasts the world record in unit production, with 49% of global orders achieved in 2017 and over 30% of the global fleet (which today exceeds 5,000 units), this means, in regard to Tuscany, a significant lack of moorings for boats and ships over 44 metres long, for which there are only 413 berths, against the 1,375, for example, of Liguria. If we then consider that over 60% of the total global fleet is composed of large yachts permanently stationed in the Mediterranean, it is easy to understand what the real opportunity is for the landings on our coast.

Focusing on Tuscany, this market segment is particularly relevant, since the Region hosts a large part of the world’s leading Italian yards for the production of large yachts, with 40% of global orders.

To provide other data, consider that the average stay of a maxi yacht inside a port is about three days, and that a maxi-yacht 40 metres long has an average annual cost of not less than 2 million Euros and directly employees on board personnel of 10/12 people, as well as the indirect employment of over 50.

In the situation outlined above, it is clear that the challenge for the country in general, but for Tuscany in particular, is to encourage the presence of moorings for boats of these sizes, to gain revenue that is already within our scope and that only needs to be realised.

But what could be a solution for continuing to ensure an adequate amount of space for transit, regulated on the basis of the actual infrastructures, without penalizing them financially, also given that, in winter, demand is considerably lower, while in summer, when demand is higher, there is a noticeable “exodus” of moored boats towards tourism destinations?

The solution, also proposed during two meetings held in December in which I took part as President of the Shipbuilding and Nautical Section of Confindustria Livorno – Massa Carrara and member of the Regional Nautical Commission of Confindustria Toscana, could be technological innovation. In fact, an internet based system, interconnected with the various infrastructures on the coast and, at the same time, equipped with an interface accessible to users (for example an app for smartphones, tablets or PCs), could manage the availability of moorings in real time, identifying actual availability within the entire allocation of moorings on the Tuscan coastal area, without forcing the infrastructures to reserve moorings that are not actually used. This would allow Tuscan ports and marinas to free up a quota of moorings that are currently “reserved”, so as to be able to propose them for rent or sale, without occupying a single square metre of land.

For Tuscany, as seen during the Confindustria meetings, this is a great opportunity to re-launch its coastal territory, at the same time making its port infrastructures reach “4.0”, as well as giving all those who believe in a network concept, a network which is the real future of Tuscan ports, abdicating from the parochialism that has now had its day and no longer has any reason to exist, giving the possibility of modernizing and, why not, of accessing incentives at no cost. 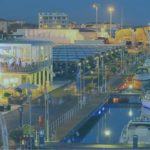 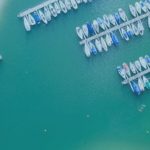 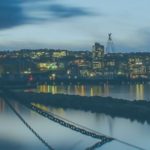